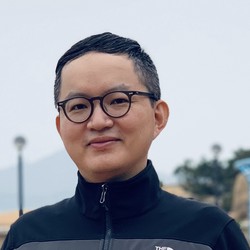 Faculty of Education, University of Macau

In the University of Macau community, Zhou is deeply committed to teaching and service. He created FED’s first General Education course aimed at raising global awareness, for undergraduate students across all majors and departments. With an innovative approach to nurturing students from diverse backgrounds, this course is widely accepted by the students running at full capacity every year.

Zhou is an institutionalist. Notably, he has served, by election, as FED representative to the university senate from 2014-20, during which he was elected as the senate officer from 2018-19. Zhou’s longstanding love for reading and books led him to the university library committee, which he served as a member during 2013-20. Professionally, he actively engaged in the scholarly community and received an outstanding reviewer award from Educational Researcher in 2015.

Zhou’s service work reflected his thinking of higher education as an ecology of knowledge experts. He penned the FED’s five-year strategic plan (2020-25), advised on the University Library’s strategic plan (2020-25) and architected FED’s Doctoral of Education program. He is the recipient of the faculty service award of 2017-18 and 2021-22.

Click on the menu tab to read more details.

Analysts of discrete data often face the challenge of managing the tendency of inflation on certain values. When treated improperly, such phenomenon may lead to biased estimates and incorrect inferences. This study extends the existing literature on single-value inflated models and develops a general framework to handle variables with more than one inflated value. To assess the performance of the proposed maximum likelihood estimator, we conducted Monte Carlo experiments under several scenarios for different levels of inflated probabilities under multinomial, ordinal, Poisson, and zero-truncated Poisson outcomes with covariates. We found that ignoring the inflations leads to substantial bias and poor inference of the inflations—not only for the intercept(s) of the inflated categories but other coefficients as well. Specifically, higher values of inflated probabilities are associated with larger biases. By contrast, the generalized inflated discrete models (GIDMs) perform well with unbiased estimates and satisfactory coverages even when the number of parameters that need to be estimated is quite large. We showed that model fit criteria, such as Akaike information criterion, could be used in selecting the appropriate specifications of inflated models. Lastly, the GIDM was implemented using large-scale health survey data as a comparison to conventional modeling approaches such as various Poisson and Ordered Logit models. We showed that the GIDM fits the data better in general. The current work provides a practical approach to analyze multimodal data that exists in many fields, such as heaping in self-reported behavioral outcomes, inflated categories of indifference and neutral in attitude surveys, large amounts of zero, and low occurrences of delinquent behaviors.

This study examined a new form of pervasive gender inequality: the gender gap among high achievers in math and considered its implication for developing STEM talents. Using the cross-nation Programme for International Student Achievement (PISA) data from both 2003 and 2012, we examined the mathematics gender gap among 15-year-old high achievers across ten countries/regions. We showed a consistent male advantage among the top performers in mathematics. Follow-up regression analyses revealed that the gap was associated with some socio-demographic and schooling/attitudinal variables, even after controlling for the background variables. We argue that education communities should acknowledge and address this form of gender inequality, as it could have ramifications for the science, technology, engineering, and mathematics (STEM) education pipeline. Educators and society in general still face challenges in closing the gender gap among high achievers in math with an aim to develop a gender-balanced STEM talent pool.

On the road to universal early childhood education in China: A financial perspective

In 2010, China embarked on an ambitious goal to expand early childhood education (ECE) nationwide. An integral part of this plan was to substantially expand public institutions, particularly in rural areas. Using longitudinal finance data from a western province in China, we examine the development of ECE from 2008 to 2013. Our findings suggest that the increased investment from the government and parents anchored a rapidly-expanding public ECE sector, but this strategy became more of an extension of the existing formula, rather than a component in solving structural issues. It has kept ECE institutions under-funded compared to primary and lower secondary education, fostering other systemic issues. ECE teachers were under-compensated, and public institutions had high pupil-to-staff ratios. Public financial support only constituted less than 30% of the total investment in ECE, with most ECE institutions relying on out-of-budgetary sources such as fees and levies. This financing scheme has resulted in large inter-institutional disparity. We conclude that in order to achieve sustainable high-quality ECE in the next developmental stage, a change in the financing structure is necessary.